Madigan and House Democrats passed a resolution supporting a graduated tax hike. The only plan that has been put forth by an elected Democrat would result in a tax hike on the vast majority of Illinoisans and has been called “alarming.” Despite the criticism, even Madigan admits he doesn’t know how high taxes would go.

Illinois House Speaker Michael Madigan and several dozen other Democrats in the House are putting their names behind a non-binding resolution urging support for a progressive income tax.

Taxpayers in the Land of Lincoln pay a flat income tax, regardless of how much they earn. Democrats at the statehouse have for years talked about changing that to a progressive, or graduated system, where residents who make more money pay a higher percent to the state’s coffers.

…J.B. Pritzker, Democratic candidate for governor, has been pushing for a progressive income tax during his campaign.

Republican Gov. Bruce Rauner’s political campaign put out a statement after Madigan’s non-binding resolution, criticizing the progressive tax discussion that lacks any inclusion of what rates could be under the Democrats’ plan.

“The Pritzker-Madigan ticket still doesn’t want to say how high taxes will go,” Rauner’s campaign statement said. “Pritzker has repeatedly dodged on specifics and Madigan responded with a firm ‘NO’ when asked if he had any rates in mind. How can Illinois families trust Pritzker and Madigan when they have provided no details for their plans?”

Rauner has repeatedly said a progressive income tax would be a disaster for Illinois.

Illinois’ current flat tax rate is 4.95 percent, after being increased from 3.75 percent last summer. Under Martwick’s plan, anyone earning over $15,000 a year would see a tax increase.

“When I filed my bill, my bill was not filed as a ‘here’s the solution to our problems,’ it was ‘here’s an option,’ ” Martwick, D-Chicago, said. “You can’t solve the financial problems that we have … unless you’re willing to raise the revenue to address those.”

Martwick said the numbers he had the Commission on Government Forecasting and Accountability crunch for his plan would increase revenue for the state by $5.5 billion a year. 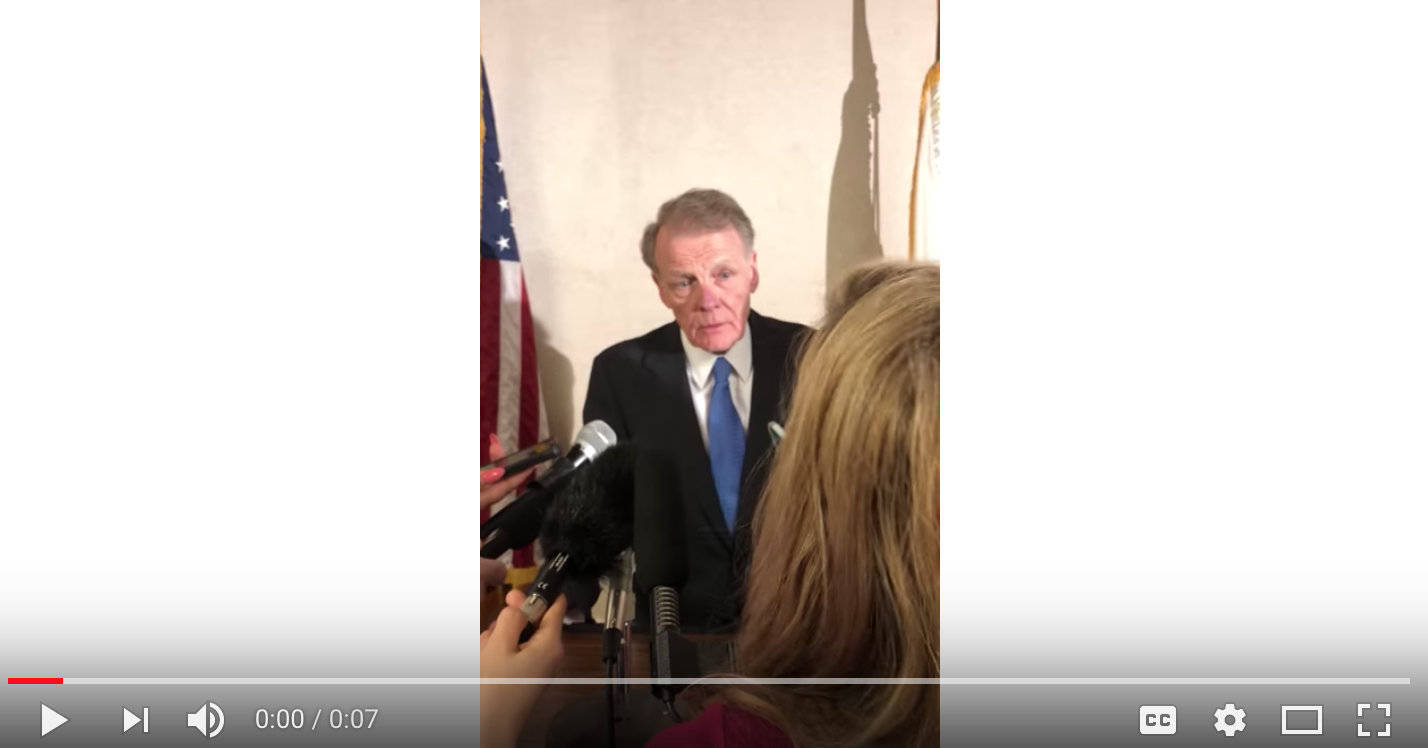