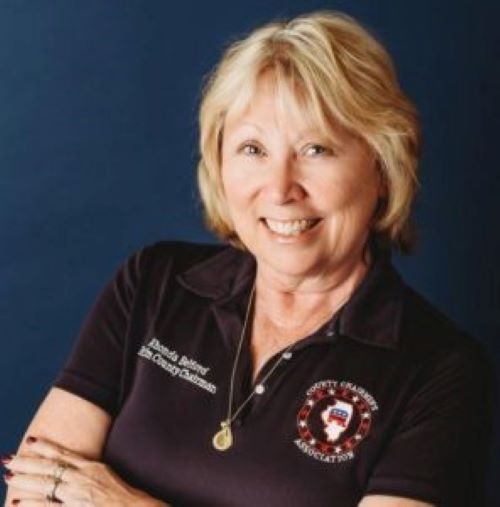 Rhonda Belford currently serves as the Chairman of the Hardin County Republican Central Committee, and has proudly served as the Southern Regional Vice President for the RCCA and The Deputy Central Committeewoman for the Illinois Republican Party for the 15th Congressional District. Since its newly redistricting, Belford was elected to serve the 12th Congressional District as its First State Central Committeewoman for the New District at the County Conventions held in July, 2022. By August 30th of 2022 Belford was proud to be Elected as the First Woman President of the Illinois Republican County Chairmen’s Association. Belford is a Registered Nurse of 39 Years and has served in Long- term, Primary and Acute Care settings in Administrative roles. Belford has also served in Community Affairs and Marketing for two of Illinois’s State Treasurers for approximately 6 years. Belford enjoys community and Economic Development and tourism related focus and served as Golconda Main Street Director and Ohio River Scenic Byway, Inc. NFP Director, continuing to serve currently as the ORSB’s President as well as now over 12 years as a Commissioner to the Southeastern Illinois Regional Planning and Development Commission. She also serves on the Egyptian Area Agency on Aging Advisory Council, a member of the Pope/Hardin Farm Bureau, Harrisburg Kiwanis and a long time Fluorspar Festival Committee Member. Rhonda is an active member of the First Apostolic Church of Rosiclare where she is an active part of the praise and worship team.  This is where she credits her inspiration and strength for much of her singing ability in addition to her dear Mother for her encouragement which led to the #2 Singing News, Chart- topping, Song “When Nothing but a Miracle Will Do” as well as other music opportunities. It Wouldn’t be unusual to find Rhonda leading many events with our “National Anthem”.  Rhonda is married to her high school sweet heart, Michael, they have 2 grown sons, Jerod and Britt and with their families they are blessed with 4 grand children and reside in Southern Illinois. 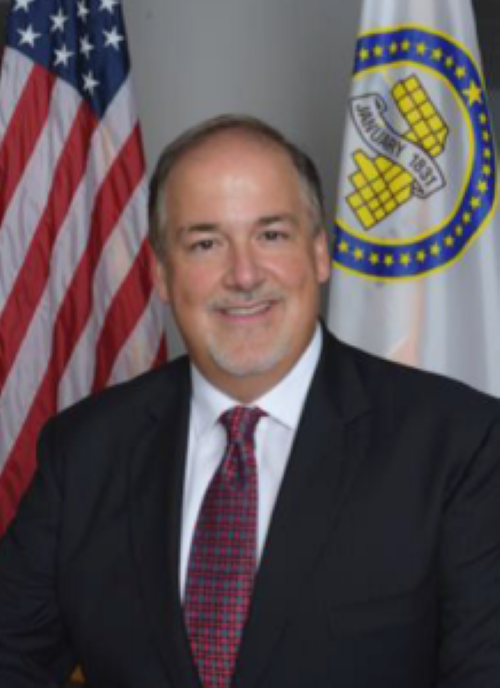 Sean Morrison currently serves as the Chairman of the Cook County Republican Central Committee, and the Vice President of the Cook County Region of the Republican County Chairmen's Association of Illinois. Sean is motivated by his devotion to family, community and the rule of law. A strong believer in limited government and proactive private assistance, Sean Morrison has spent his adult life creating jobs and giving back to the community to improve the quality of life in Cook County. Sean Morrison knows how to get things done, and he’s been doing it for over 30 years. Long before he became actively involved in government and volunteering for qualified suburban candidates, Sean Morrison was an outspoken advocate of responsible and sustainable government financing. A successful business owner who created his company after working his way through Moraine Valley Community College, Sean Morrison now employs and supervises almost 1,000 employees as the CEO of Morrison Security Corporation. Sean and his wife Lora, a registered nurse, are raising their two daughters in south suburban Palos Park. 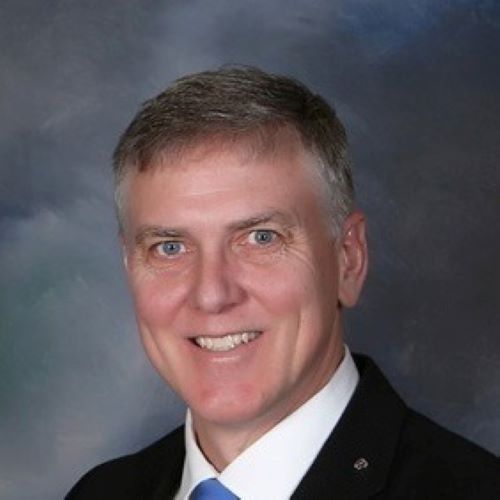 James was raised in Bartonville, Illinois in Peoria County. He graduated from Limestone Community High School where he established his leadership skills through sports, including swimming, track, cross country and basketball.

Jim is a 1984 graduate of Purdue University with a Bachelor of Science in Industrial Management and a minor in Computer Science.  He also received professional certification from the American Production and Inventory Control Society.

Faith, family, and community are the foundation of James’ life. James has been married to his wife Jill for over 35 years and they have four children and three grandchildren to date. Jim and Jill are active parishioners at St. Anne Parish. 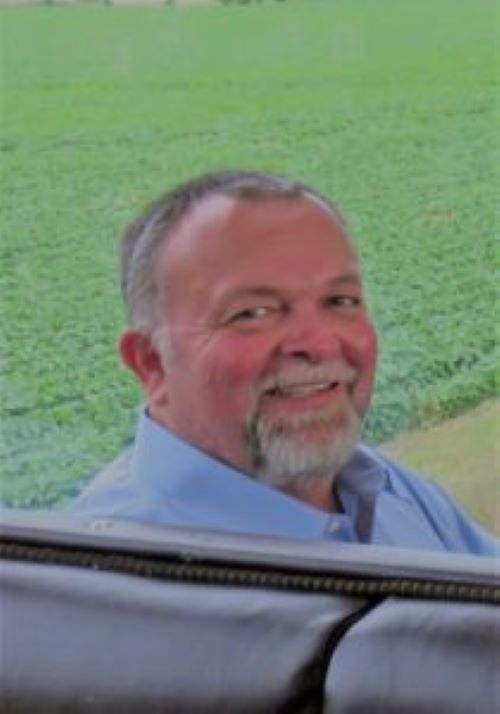 Kurt Glazier currently serves as the Chairman of the Whiteside County Republican Central Committee, and Vice President of the Northern Regional for the Republican County Chairmen's Association of Illinois.  He is a life-long resident of Whiteside County, having grown up in the Lyndon, and has resided in Sterling since 1989.  Kurt is a 1985 graduate of Prophetstown High School and a 1987 graduate of Morrison Institute of Technology.  He was been employed by the Illinois Department of Transportation for  31 ½ years, having retired on December 2020.  Kurt was elected to the position of Sterling Township Highway Commissioner in the April 2021 election.  He has been married to Roxanne for 12-1/2 years and is the father of two daughters, Samantha and Sydney, and three step-children, Danielle (deceased), Derek and Rayce.  His involvement in the Republican Party began after running for a Sterling Township Trustee position in 2009.  He was elected to the Whiteside County Board in 2010 and has been serving ever since in that elected position.  Kurt has been, and is, active in his community in addition to his activity in the Republican Party.  He and his wife are avid campers and enjoy camping in Northwest Illinois with their friends. 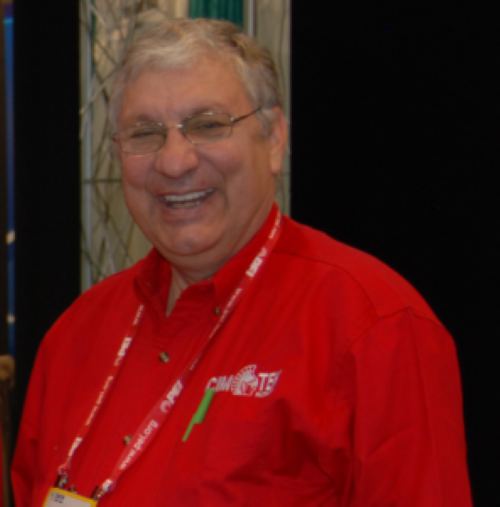 Mr. James L. Ayers is the Piatt County Republican Chairman following a long line of local distinguished Republicans including his brother Stephen Ayers, Jim Reed and Mike Wildman representing 40 years of Piatt County Republican leadership. His family traces their Republican support back to the Reagan election. His sister Betty Ayers, now Comerford worked in the Reagan White House for his first 6 years. Mr. James L. Ayers is a principal in the law firm of Shonkwiler & Ayers located in Monticello, Piatt County, Illinois. He is a past president of the Piatt County Bar Association and a member of the Illinois and American Bar Associations. In addition, Mr. Ayers is President of Central Illinois Manufacturing Co.(Cim-Tek Filtration) in Bement, IL. For the past 60 years, this company has provided petroleum solutions for the agricultural market, gas stations and industrial filtration systems. Mr. James L. Ayers was elected to the Parkland College Board of Trustees in 1989 and re-elected four more times. He became Board Chairman when John Albin retired in 1999 until 2001, served as Vice-Chairman from 2002-2003 and Chairman in 2007 to 2012 and since as Secretary. James L. Ayers is the former Mayor of Monticello, 1993-2001. Mr. Ayers graduated from the University of Illinois, January 1970 and from the University of Tulsa College of Law in July 1972. From 1972 to 1976 he served on active duty in the USAF as an Assistant Staff Judge Advocate. James also is dedicated to serving various civic organizations, including Rotary, Lions, and the Boy Scouts. James led the first GSE Rotary Group Study Exchange to China in 2006. In addition to the Silver Beaver Award, he is the Past President of Prairielands Council, BSA. James is married to Linda and they are the parents of a son Jeff and a daughter Leslie Patrick. They have four grandchildren. 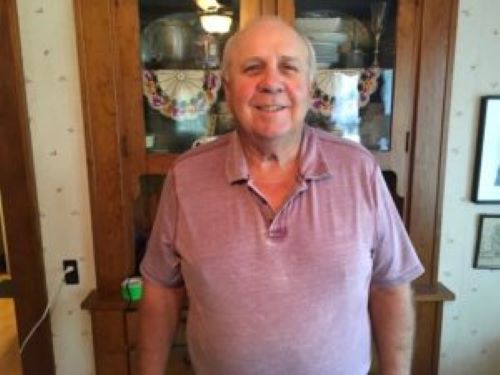 Phil Sherwood currently serves as the Cumberland County Republican Chairman and part of the Republican Central Committee since 2010. He is Deputy Vice President of the Republican County Chairmen's Association of Illinois. He was a Science teacher at Cumberland Unit 77 form 1972 to 1977. Currently is working at Ag Business from 1977 on a part-time basis. Phil was born October 18, 1949 and graduated from Cumberland Unit 77 High School in 1967. He attended Eastern Illinois University in 1971 and graduated with an degree in Education. Phil served in the Army National Guard and stationed at Mattoon, Illinois in 1971-1977. He married his wife, Alice in 1970 and they have one daugther, Amy Robinson and two grandsons. Phil's hobbies include golf, fishing, the Cardinals Baseball team, and Illini Basketball. 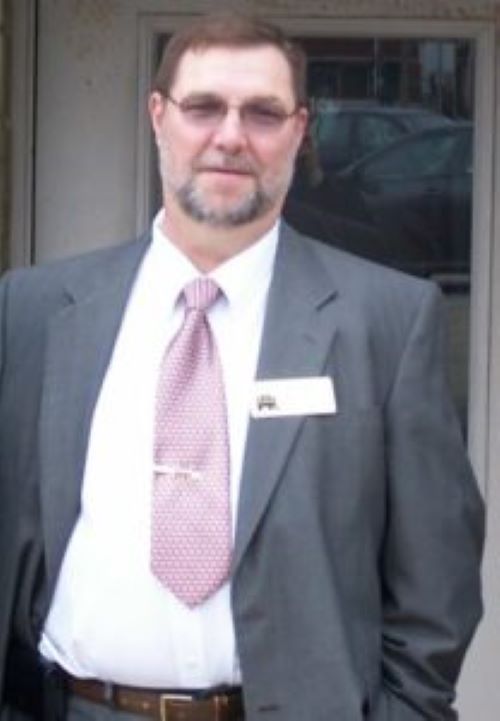 J.C. Kowa currently serves as the Chairman of the Richland County Republican Central Committee, and the Vice President for the Southern Region of the Republican County Chairmen’s Association of Illinois. J.C. is married to Carmen Kowa and is the father of two sons, William and Jacob. J.C. retired from the East Richland School District in late 2013 after 35 years of service. From 2014 until 2018, J.C. served as Legislative Assistant to Illinois State Representative David Reis, and from 2018 until 2020 as a Legislative Assistant to Illinois State Senator Dale Righter. 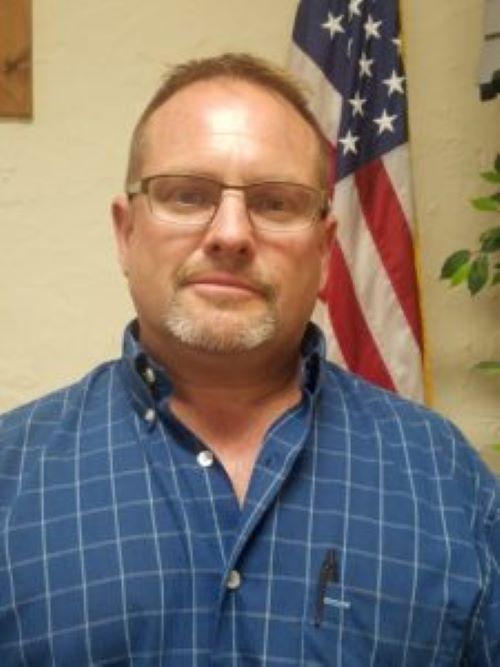 Bruce Rodely currently serves as the Chairman of the Perry County Republican Central Committee, and the Secretary of the Republican County Chairmen's Association of Illinois. 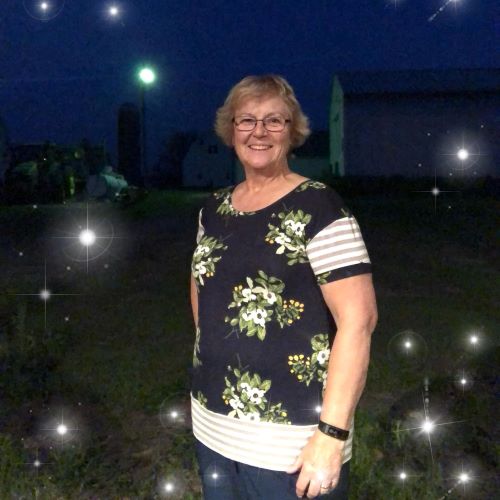 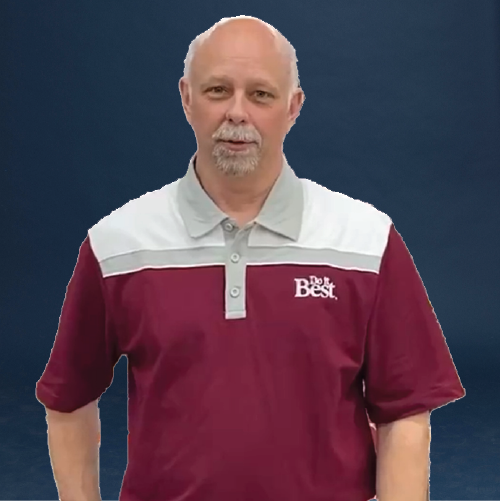